Elizabeth and I were out for a walk the other day, and she thought you’d enjoy seeing a bit of my Model Pyrenees Mountain Range for 2014. I’m very proud of Rob the Snowman’s efforts this year. He’s had some extreme challenges in finding a place for all the fluffy white stuff that has fallen to obstruct our small gravel path this winter. He’s had to pile it higher and higher and higher, then he’s had to start another pile in front of the first because the blade on his big growly machine only can lift so high. I have about three ranges of mountains this year, all about 1.8m or 6 ft. tall. I like to sit on top of them and bark at the squirrels, who have become very active lately. 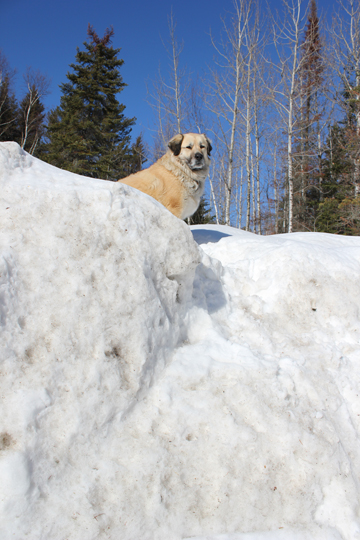 Elizabeth was on the Internet shortly after we took the above photo to show you how impressive my model mountains were. And she saw a photo. “Look at this, Stella!” she said. And there was a Great Pyrenees, a Great Newfenees like me, and a Black Labrador Retriever on their very own mountain range. And it was much bigger than mine! I had a good look at the photos so I could instruct Rob the Snowman next year. I can’t have other dogs beating me at my own game, now. Really!

I was so worked up that I almost didn’t hear what Elizabeth said next. “Do you know who that is, Stella?” Well, how on earth could I. She was pointing at the middle dog, a Great Newfenees like me. “That’s your younger brother, Thunder!” 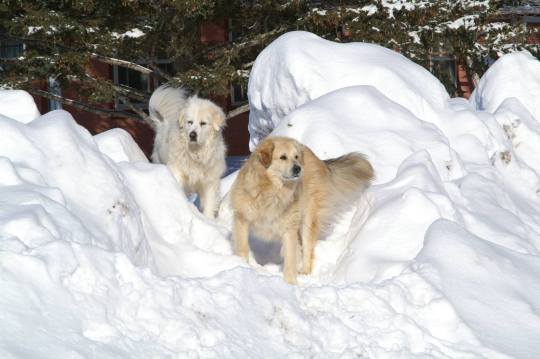 What! I have a younger brother who loves to play on his own model mountain range, too? Wow! And his two-legger says that he and his friends Maia the Gt. Pyr and Lily the Lab like to monitor the neighbourhood Coyote Clan from their perches, just like I keep an eye on the Wily Wolf Gang! It turns out he doesn’t live too far away, and that maybe one day we can go and visit him and his friends. I’d really like that… 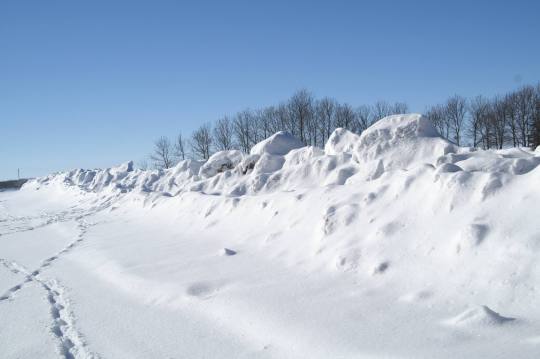 Thunder’s range is over 2m (8-10 ft) high in places! And look at how long it is. *Sigh* {Photo courtesy Verna Funk Verrier}

Elizabeth and Thunder’s two-legger have been talking. She had one of my same-litter brothers, Magnum. Sadly, Magnum was born without a working esophagus, and he went over the Rainbow Bridge when he was just a few months old. His two-leggers were very sad about this; they loved him very much. They took lots of pictures of him during his short life with them and said I could show you one of him. I think we looked a lot alike, don’t you? 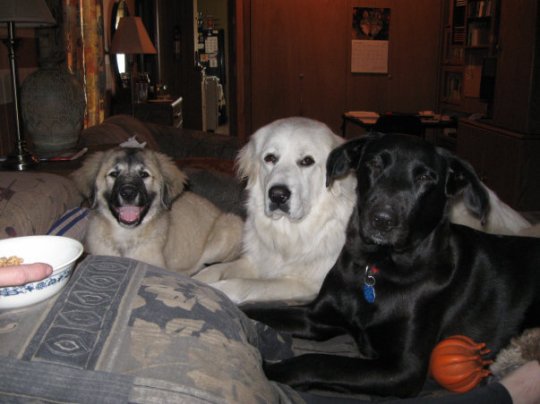 When Magnum was gone, they missed him so much that they got another puppy from the next litter my mom and dad had. Thunder, we are happy to tell you, is thriving!

And do you remember Dakota? She’s my older sister in Winnipeg. She’s decided she doesn’t like winter that much this year. Her two-legger says it has been so cold that she’s had to stay inside a lot, and as a result, she’s become a real city dog! Her two-leggers keep in touch with Elizabeth, and they showed her a photo of Dakota taken yesterday. Dakota and her two-leggers are so grateful for the over two years of care Dakota received from the Manitoba Great Pyrenees Rescue that they are working hard with MGPR to help other dogs without homes find people who will love them forever. 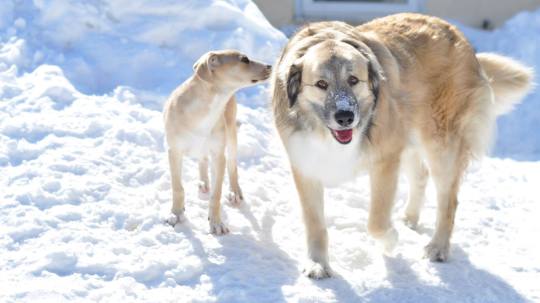 Here’s Dakota, working with a puppy Trixie (click the link above if you’d like to adopt her) from MGPR. She really likes playing with the puppies… {photo courtesy Jarek Paul Nowak}

Yesterday, wildfires raged through the tiny village where I was born and where my mom and dad still live with their two-leggers. Elizabeth told me that the whole town was evacuated and that everyone made it out okay. But four families lost their homes. I hope my original family’s home is safe. If you read this, Jodi & Greg, you and all Vita are in our thoughts & prayers. 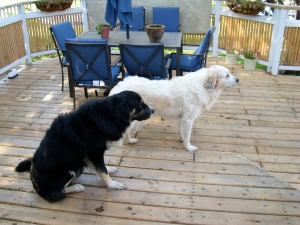 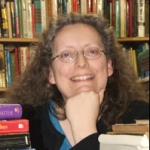